After we learned from our partners from Moldova a few days before Christmas that the entry at the border from Romania to Moldova is not possible due to stopped customs clearance, we had to postpone our trip for a few days. Originally the departure from Penkun was planned earlier, so that the relief supplies including food and prepared presents could be distributed in the different communities in time for the Christmas party. So Reinhard Krentz and Frank Seidler did not set out on the journey until early December 25th. In Romania, they had to make a stopover in the city of Sibiu because of a car breakdown. There, God ensured that the turbo manifold of the mission bus could be replaced on the same day with the help of the ADAC partner club – despite the holiday closing time.

With the usual delays due to customs formalities, our team arrived at our Moldovan partners Anna and Valentin D. in Chişinău in the night of 27 December.

• Stopover in Romania, repair of the mission bus 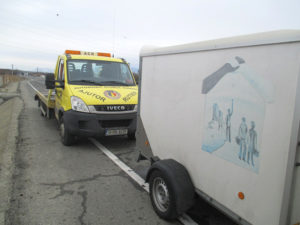 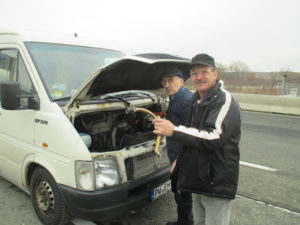 • Arrival at Chişinău and unloading of the relief supplies at our partner, the Lutheran parish Chişinău 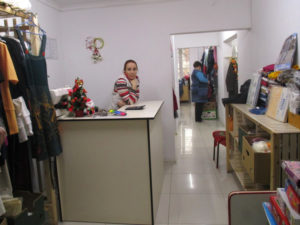 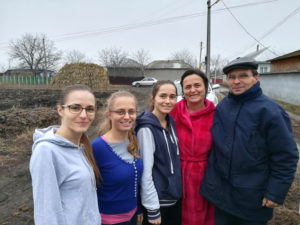 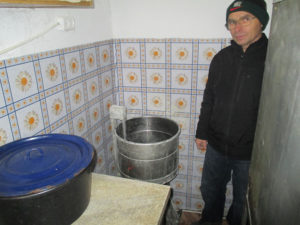 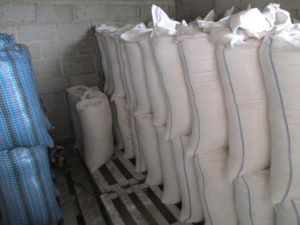 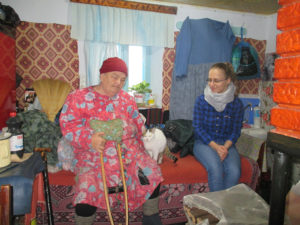 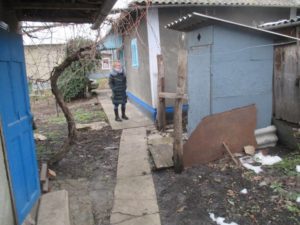 Distribution of relief goods in Chişinău 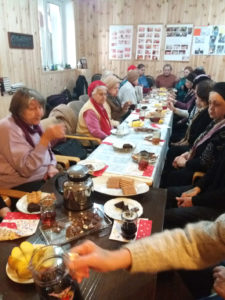 Similarly, in Eastern Europe the Christmas celebrations according to the European calendar merge almost seamlessly into the celebrations at the turn of the year, which in turn are replaced by the “actual” Orthodox Christmas on 6th January.

So we were NOT too late with our Christmas “mini-gift” campaign.

The home visits gave us a new perspective on how eagerly the brothers and sisters there are waiting to meet us, as we bring some hope to their needs through our “doing good and sharing with others” (Heb 13:16). That is why we want to be there again at least once a year in the future.

In the meantime we are back safe and sound; we admire gratefully that we were able to cover the more than 5,000 km exactly in the short gap between two enormous snowfalls.

Many thanks to all our fellow prayers and donors who make this precious service possible!