It has been over 18 years since the mission house in Glasow was bought.
In July 2010 we dared to complete a large part of the outdoor facilities, despite financial constraints. We had a lot of hardworking helpers, who with their efforts had quickly advanced the construction project. At first the entrance to the courtyard was partially renewed. The sandy main path was laid with grass pavers to form a stable surface. The parking spaces could not be renewed due to lack of finances. This only happened in autumn 2011.

Here you see pictures while working on the new courtyard entrance: 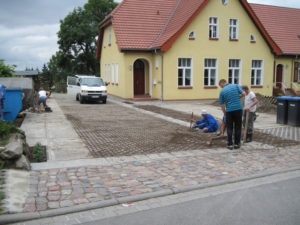 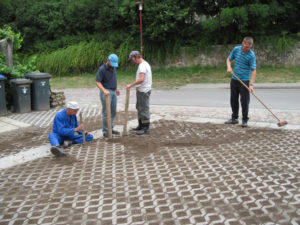 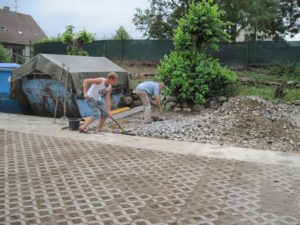 With the generous donation of an EMG member, the labeling of all mission houses was financed at the end of 2010. First, the house in Glasow was labeled “HOUSE OF THE MISSION”. Due to the freezing cold, this was a very difficult job. The staff/workers had to do the job very quickly because the hot glue for the letter attachment became stiff too quickly and then nothing could be corrected. The village church opposite the mission house was covered with the first fallen snow on those days, as can be seen on one of the pictures.

Pictures of the house lettering in Glasow in December 2010: 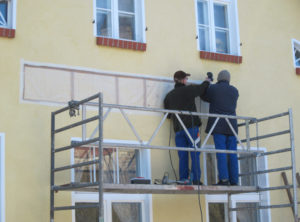 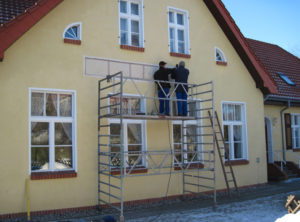 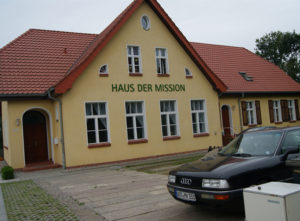 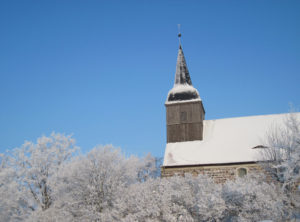 In September 2011, another innovation was carried out on the site of the Mission House in Glasow. Heavy field stones first had to be brought in by hand and physical strength in order to process them into an artistic masonry as a partial boundary of our farm. For financial reasons, our association is unfortunately unable to acquire the necessary machines and vehicles that would be necessary for such physically difficult challenges.

The arduous work on the natural stone wall dragged on for several weeks because the property had to be separated from the neighboring property by a wooden hunter fence. In addition, the job was very difficult and impeded by constant, heavy rain. And because the floor area was heavily sloped due to a steep slope, enormous amounts of earth had to be filled up. Wheelbarrows were wisely transported one load of earth after the other to align the earth according to the course of the field stone wall.

Pictures of the field stone boundary and the completed hunter fence: 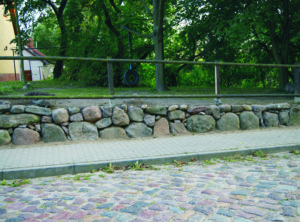 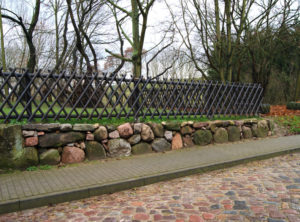 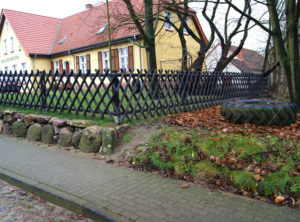 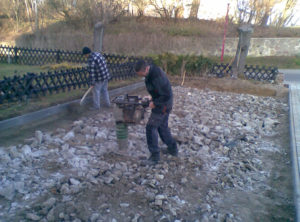 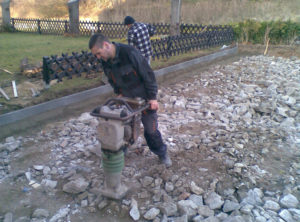 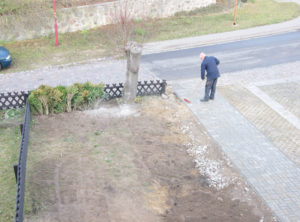 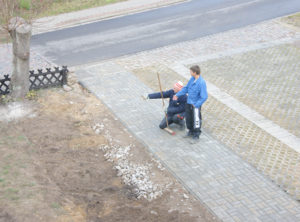 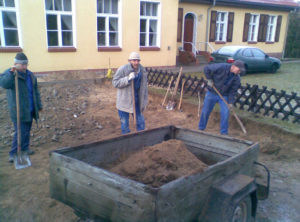 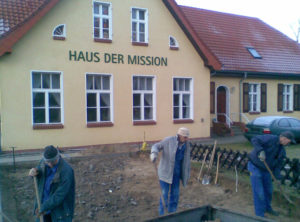 In the summer of 2015, the sidewalk in Glasow was partially renovated. Due to the sand transport activities of many ants, the sidewalk along the laundry area had lowered in many places to the front door of the Schneider family. This created a certain risk of accidents that had to be eliminated. During the prolonged heat, the sidewalk could be replaced in about three days. 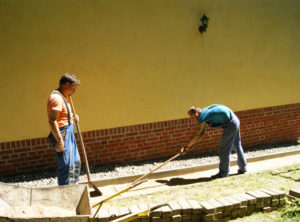 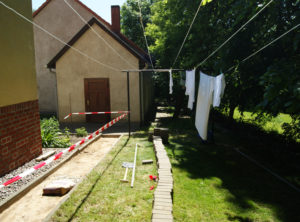 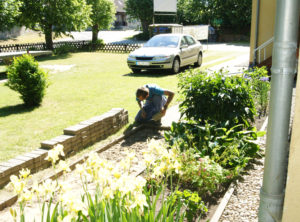 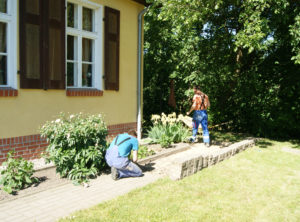 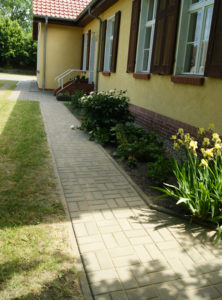 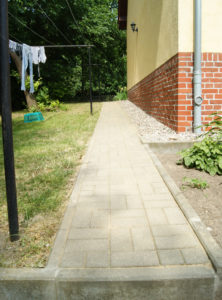 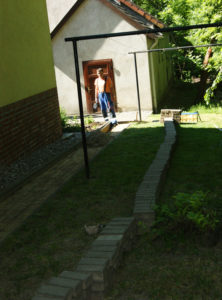 Further innovations are urgently needed at the Mission House in Glasow.

The original built-in – now 100 years old – wooden frame windows are very damaged and leaky, which leads to constant mold formation. The years of repairs by painting over no longer have any useful meaning, so all existing wooden windows must be replaced. However, the mission organization does not have the necessary financial basis for this, since most donations are invested in humanitarian aid.
According to an expert’s estimate, approximately 20,000 euros will probably be needed.

We would be very happy if we can continue to count on your financial support for this project.